1. Leave Naked Women Alone: Yes, those women who dress like they are in the process of undressing but they have not finished. Leave them alone. Most of them are up to no good and will only cost you a whole fortune in one weekend. Instead, get yourself a real woman: There is strength in a real woman.. Not these tuma chics without brain . Get a woman who will not only support your vision but will also push you to achieve more. A woman who will inspire you to work hard and not a woman who just makes you hard. He who finds a real woman finds a good thing and obtains favour and power to create wealth.

2. Stop Taking Cheap Food : I have no problem with having  Your Tea or food  for social interaction and networking. However, when you drink cheap Tea or drink in Cheap place , you hang out with cheap people who have cheap ideas and a cheap future. Big business opportunities are found in places where the drinks are expensive. Infact, in places where they sale cheap Tea, the only people you will find there are people who will be asking you for money. They even clap when you come knowing ‘big buyer’ has come .
3.

3. Stop being Lazy: “Man ooh Man, why art thou Lazy?” You are too lazy for your own good. You sleep the whole day and blame the govt for your poverty. “A Little Sleep, a Little Slumber, poverty shall overtake you like a a vagabond.( political cadre in overalls”.) A lot of men are just lazy when it comes to making money. They have enough energy to give a woman five orgasms, but have no energy to start one organization, hmmm that’s why it is so easy for men to manufacture children than it is to make even pegs for putting children’s clothes on the line.

4. Know Productive Things: If you keep too much junk in your head, you get a junk life. I know a lot of men who are so sharp when you are talking about girls, about soccer and about street politics, Who is Rich who is not,Who has a good house 🏡 but you can’t bring a topic about investment, innovation and business, they start looking at their phone, yawning or saying bye.. Useless things, videos and memes go viral fast than constructive things.. A man must know how to do atleast one productive thing (have one skill) even without having gone to college.

5. Get Connected to Big Men Who are better than you :
A lot of men are failing because they are not mentored. They don’t have anyone to whom they can sit down and listen, with obedience. In the old days, old men would sit young men down and show them how to hunt and kill animals… and no man was considered a man enough until he has personally killed an animal… now these men of nowadays are not mentored and can’t even kill a bird.. There are men out there who have made it in life, find a way to get mentored by big men who are making waves and impacting people in our community.

6.Stop Spending your time whole day just praying fasting yet you know that the Bible tells you that God will bless the works of your hands yes yes The blessing finds you on your way doing something,Stop using Prayer as unexcuse not to work,unless There is Divine (Mandate) .
God bless you,
You will thank me later.
# successjourney

Karissa Lengo the man who canned Raila in 2014 now wants a handshake with Baba. 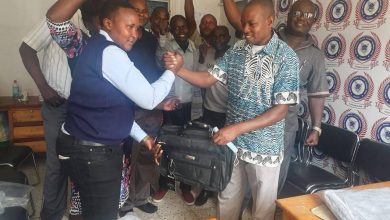 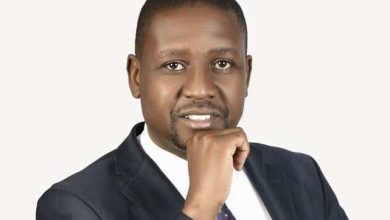 Captain Macleans Sloya changing lives in Sabatia as he constructs toilets to many schools in the area.

ODM has always been a peaceful party, Sonko should keep exposing those who have been giving ODM a bad name- Edwin Sifuna.- 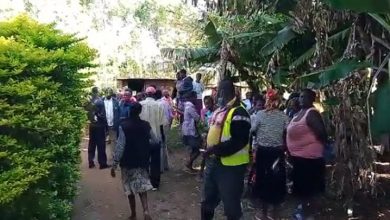 A nother soldier dies on duty as Bungoma residents kill a man caught in bed with neighbours wifea.